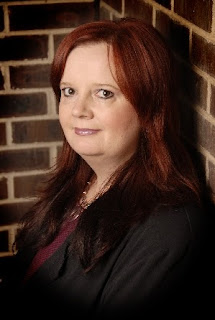 I'm going to keep this post short and hopefully you'll get enough out of it to make up your mind about Amazon's Select program. I began enrolling in Select as an experiment. I was a skeptic. I didn't like the exclusivity clause. But I knew I could always opt out and return to my old ways of selling if things didn't work out.

I also knew that even if I saw a slight increase in sales, it didn't mean I could maintain that increase every month--or make any of the big numbers a few people like JA Konrath have mentioned.

My experiment took place from January to March...

In January I made 3 times more money than I was averaging per month last year. If my math is correct (and remember, I admit I do suck at math) that's a 300% increase.

In February I made 13 times more money than I was averaging per mth in 2011.

In March I made 42 times more money than my 2011 monthly average.

From January to March 2012, I've earned more money than I've made in the last 5 years. Do I expect the numbers to keep getting higher? No. Like anything else, I expect they'll rise and fall. But I don't expect to ever go back to making only what I made each month last year. Why? Because I'll eventually have another book on the Select promo.

Conclusions: It's WORTH giving up exclusive distribution rights and enrolling in KDP Select because you'll make more money this way than with ANY other distribution system.

I have now earned over $150,000 with KDP Select. Two agents contacted me after they saw my success and I have signed with Adrienne Lombardo at Trident Media Group. A senior editor from Penguin contacted me about CHILDREN OF THE FOG in particular but I wasn't willing to let it go for low terms. She is awaiting my next new novel.

I'll be represented at the Frankfurt book fair this year--I'm excited. A possible audiobook deal is in the works, foreign rights deals are being pursued. THIS is what happens when you take a chance, are bold enough to try something new and find ways to make the numbers soar.

***
If you haven't read my experiment results, please visit: The KDP Select Experiment Link List
Posted by Cheryl Tardif at 11:44 AM

Wow! First, big congrats on your success. I've been following your series KDPS here, and know you've put your time and energy into this. Truly glad it's paid off in such a great way.

Second, I'm going to wager that your success will continue as long as you put out new work, and more Kindle Fires are sold. So long as both things continue, you're golden.

You've made a believer out of me for sure. Yes, the exclusivity is kind of icky (no other word for how it makes me feel), but you've got bills to pay too. : )

Hey Cheryl! i found your blog by way of David Kazzie who i found via a link posted by Tim Ferriss. I am a budding author and have been fascinated by the success you've found using the kdp select programme.

You mention in your final update 11 that you've earned $150k from the kdp select program. Is that from one year of kdp promotions, and from how many books?

It's fantastic you've achieved such success and i hope to emulate that in another non-fiction genre. :)

Are there any tips you have, for what works, what doesnt?

Thankyou for your reply in advance and, and for inspiring me to pursue my dreams :)

Thank you both for stopping by my blog.

EJ, even if Amazon decided to drop the Select program, I've now made enough of a dent that I think I would still see successful sales. It's all about exposure. Once you have it you can only add to it.

Sal, I've now earned over $210,000 from Select since February 2012. Most of this has been from 5 titles--my marketing book and 4 novels. All my strategies are revealed in my marketing book, which is only $2.99. Check it out HERE. It'll be the best 3 bucks you've ever spent! IF you follow my tips, your numbers will soar. Happy promoting!