What's in a name?

This question came up in one of my writer's organizations group emails, and I thought I'd share my thoughts with you, and how my characters were 'born'.

I look at culture, strength (physical and mental) and character when I name one of my story characters.

I'll often use names of people I know, but rarely both first and last names, unless they've won my 'Create a Corpse Contest'. That's where I invite anyone to submit a name that I might use as a "victim". It's quite funny to read the emails I get from wives who offer up their husbands' names or the reverse, or the employee who enjoys the idea of "killing off" her boss. I even had a mother give me her daughter's name because the teenage was getting on her nerves. (I found that one a little unsettling. lol)

I chose Sarah Richardson for the young main character in Whale Song because Sarah is a youthful, pretty name. Daniella, for her mother who is very beautiful and artistic, and Jack, a strong male name for her father who has immense inner strength and is very intelligent. Sarah's best friend Goldie is named after a native girl I grew up with.

In The River, the lead character is Del Hawthorne, named for my best friend Bobbi-Del Hathaway. My friend likes to say how she looks just like Del, although physically they are opposite, except that they both suffer from MS. Del is an anthropology professor, very educated and tough in many ways. Jake Kerrigan is the male lead--I wanted a strong name.

Francesca Baroni has her hooks in Jake, but things don't end too well for her. Her name comes from another good friend of mine--Francine Berube--but they are nothing alike. Miki Tanaka, well you can guess a lot by her name. Hawk, their wilderness guide, sees more than he lets on. Peter Cavanaugh...well, I thought of Toby Maguire in Spiderman, which led me to 'Peter'. Peter is a student of Del's, smart but a bit shy. Hans VanBuren is the bad guy, a man involved in a deadly conspiracy.

In Divine Intervention, pyro-psychic Jasmine (Jasi) McLellan was inspired by my love of 'J' names (my daughter Jessica and my brother Jason). McLellan is the last name of a war hero in our family. Brandon Walsh is the lead man--a firefighter with a soft side, but skeptical of psychics. I enjoyed the irony of his first name. Natassia Prushenko, a victim empath, well you probably determined she's Russian. Ben Roberts, a psychometric empath who wears gloves unless he needs to use his gift, is the team leader--strong, a bit of a brooder, a stickler for rules.

In the novel Finding Bliss , which I've just started, the character of young Bliss came to me in a funny way. I was watching TV one night a few months back and a commercial for the Bliss chocolates came on. The first thing that caught my eye was the beautiful font, scrolling, flowery, light, feminine. Immediately I thought, "Wow, that would make a beautiful girl's name. No sooner did that thought enter my mind, I had a vision of this scraggly young girl, with dirty blond hair, ripped jeans, dirty face...the opposite of beauty at first glance. The novel title became "Finding Bliss" and takes you from her life as a foster child to life on the streets, to lying, cheating and stealing to survive. The title is about her journey to find herself, but also her journey to find bliss, happiness and peace.

For me, I never struggle with names. I always take a few minutes to visualize a character--her physical and emotional status. Almost always a name or two pops into my head. If stuck, I'd look anywhere you can find names--online phone books
Posted by Cheryl Tardif at 10:20 AM 2 comments 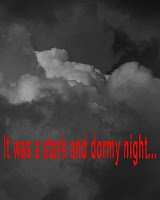 While playing cards with my good friends Bobbi and Rus, Rus noticed that I always led with hearts. He mentioned this and someone replied, "She always leads with her heart." Rus jokingly bet me that I couldn't use that line as the opening sentence of a novel and have it make sense. Not only did I use it, I made it important to the story.

Now I'm taking that idea to a whole new level!

In the spirit of fun and because I love a good challenge, I invite you to submit a single sentence as an opening line to a thriller I plan to write in 2010. I won't tell you anything about the story.

By leaving a sentence in the comments section on my website, you are giving me permission to use it in this novel if you are selected as the winner. I will credit you, so please leave your name and email address too. I won't be judging this contest for a while, so feel free to enter as often as you like.

The winner will receive a credit or acknowledgement in my novel and a free signed copy of the book once it's published (a few years from now).

Please don't leave your sentences here on my blog. Only entries left on my website in the comments section of this contest will qualify. Enter here!

Sunday Salon: Happy Mother's Day to the Mothers of my Characters

There are many memorable mothers in fiction, like the crazy mother in Stephen King's Carrie, but three mothers that stand out to me are characters I created in each of my novels. Let me introduce you to the mothers of Sarah Richardson (Whale Song), Del Hawthorne (The River), and Jasi McLellan (Divine Intervention).

Whale Song - Daniella is a kind, sweet, loving mother who finds beauty in nature and everyone she meets. Born in the US, she meets Jack Richardson, a Canadian marine biology student who is infatuated with her paintings, which are sold at Visions, an art gallery in San Francisco. When they move with their daughter Sarah to the remote town of Bamfield on Vancouver Island, the wise Daniella helps her daughter deal with a school bully.

"If you choose to hate her, then you become just like her, no better," Daniella tells her daughter. "Life's too short to not forgive those who hurt us...Forgiveness sets you free." It is this last sentence that most reminds Sarah about her mother, even after her mother is taken away from her.

The River - Maureen Walton is the opposite of Daniella. Maureen takes great pride in her appearance and manners, and she expects the same from her daughter Del, an anthropology professor. Although Maureen thinks she's the next Martha Stewart, she's remarried a man far beneath her. And she's not the brightest bulb in the box, especially when Del reveals that Maureen's first husband, Del's father, is still alive.

"You can't be serious, Delila. He's dead!" Yes, some mothers can be quite heartless.

Divine Intervention - Jasi McLellan's mother was murdered during a home invasion when Jasi was a young child. Married to a cop, Calista McLellan loved her children dearly and would do anything to protect them. Jasi doesn't remember much about that tragic day, even though she was a witness to her mother's murder. A few years after her mother's death, Jasi began having disturbing visions. Now, as a trained Pyro-Psychic, she sees through the eyes of killers. But there is always one murderer that has alluded her--the person responsible for her mother's death.

Today as we celebrate Mother's Day, let's remember that every mother is different. Each has a story--a childhood, a past life, sometimes a secret. Some are loved, some are feared, but in the end they gave us life and we wouldn't be here without them.

For me, there is no greater joy than being a mother. My daughter is my heart and soul.