The publishing journey of SUBMERGED 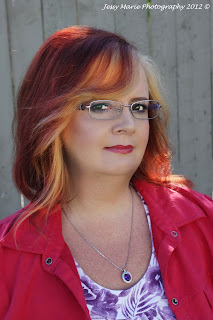 First, I'd like to thank you all for your supportive emails, letters and social network messages when I announced that SUBMERGED was finished and a publishing announcement was upcoming. I am very excited about this thriller! But I'm even more excited that you are too. :-)

SUBMERGED is a story that was inspired by the battle a friend of mine had with addiction. At first, I just wanted to write a book with a main character who was an addict, but my friend shared so much of his own experiences that my character, Marcus, grew before my eyes. Conflicted by the past and submerged in grief and guilt, he believes he's where he should be--a sort of punishment of sorts, for past transgressions. But a phone call from a woman trapped in a vehicle changes his life forever.

My agent, Erica Spellman-Silverman, from Trident Media Group, and I discussed the options for SUBMERGED. We could approach publishers with it, but after careful consideration, many phone calls and weeks of contemplation, we both felt that wasn't the best plan for the book. And here's why...

If we pitched SUBMERGED to the big publishers, we would have to wait anywhere from 1-2 years before the book was published. And I'm not interested in pursuing smaller publishers because they just wouldn't have much to offer me. After my huge success last year with CHILDREN OF THE FOG, I know what I want career-wise. And after hearing what one publisher thought she could get me as an advance, I realized that I needed to aim high and continue doing what I've been doing until someone thinks I'm worth what I want out of a deal. After all, an author can't take lightly the aspect of giving away her rights to one of her books. It has to be worth it.

Erica's concern was also for my readers. She knows how hard I've worked to get my books out there, to connect with readers worldwide, and she understands that my fans want another book. Today, not in 2 years. So we came up with a plan.

I won't go into all the details, but suffice it to say, I was excited once I got the ball rolling. SUBMERGED will be published very soon. My readers won't have long to wait now. And providing I do well with sales, Erica is going to take both CHILDREN OF THE FOG and SUBMERGED to a major publisher, armed with sales data, and we'll go after a 2-book deal, foreign rights and audio. And...we may pitch a third book that would also have a tie-in to these books.

SUBMERGED is a standalone thriller with a hint of paranormal. It is not part of a series.

But it does have a cool tie-in to CHILDREN OF THE FOG, and vice versa.

SUBMERGED will be published by Imajin Books like my other titles. Imajin Books is my publishing company; I'm an indie author and proud of it. But yes, I have my sights set on a BIG book deal in the future.

And now...for the news you have all been waiting for...the release date for SUBMERGED.

I am very pleased to announce that SUBMERGED will hit Amazon's virtual bookshelf on...

A paperback will follow shortly after. To start, only Amazon will carry SUBMERGED, but that could change later.

Congrats, Cheryl! As always, you are a trail blazer and leader. I'll follow the publishing story of Submerged with enthusiasm.

Thank you, Mel! One thing about what we do, it's always exciting and we never know what's in store for us around the bend. :-)