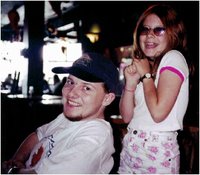 He will be missed

It is a treasure to know that you have many wonderful memories of Jason. It is a comfort to know he is no longer here, fighting his battles and demons. It is a blessing he had you as his family. May you all find peace remembering him.

The pictures that were taken of you, from January 1978 to the present, have been scanned and saved on my Computer. The printed photos, along with other momentoes from your room in Edmonton, take up very little space but my memories of you consume my every thought. You looked so great the last time Dianne and I saw you in Edmonton. You were clean, sober, well dressed with short hair and looked just like you had looked when you were at home on Saltspring. Dianne and I could not hug you enough and now we can only hug you in our thoughts. We love you so much. Dad and Dianne