FREE Kindle ebook: THE RIVER - and an excerpt 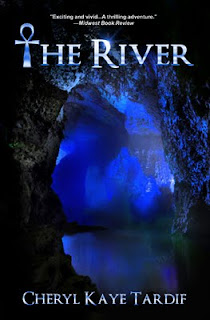 Yesterday my bestselling technothriller THE RIVER went on a 3-day FREE promotion, which is over at midnight April 25. This novel recently made Amazon's Top 100 Bestselling Kindle ebooks list and outsold many works by some of my favorite authors.


How far do we go until we’ve gone too far?

The South Nahanni River has a history of mysterious deaths, disappearances and headless corpses, but it may also hold the key to humanity’s survival―or its destruction.

Get it FREE on Amazon.

I want to know the thoughts of God;
The rest are details.
~ Albert Einstein

THE RIVER, an international bestselling technothriller by Cheryl Kaye Tardif

Get it FREE on Amazon.
Posted by Cheryl Tardif at 3:28 PM