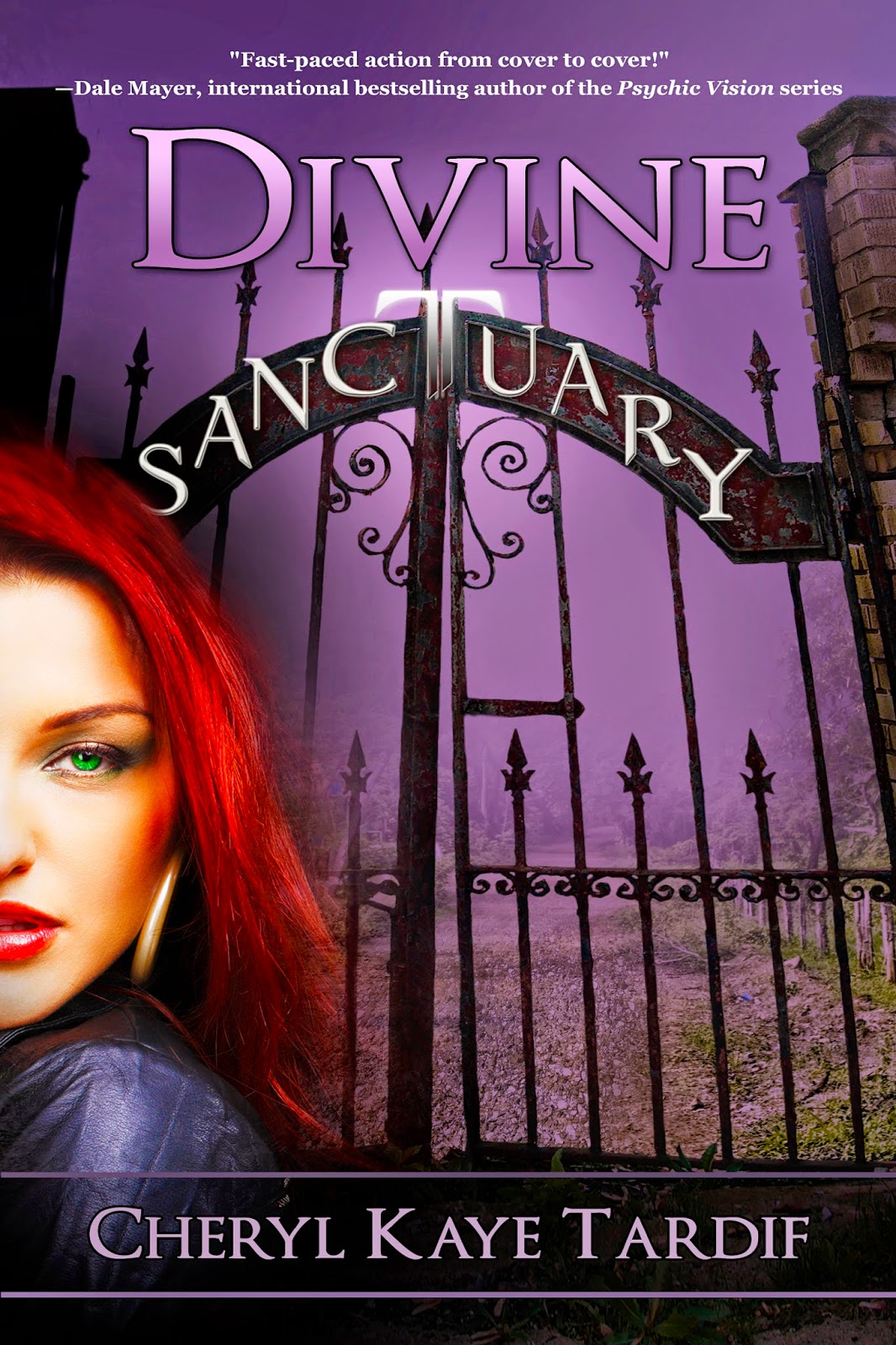 Book 3 in the Divine Trilogy

In the Divine trilogy finale, the heat is tripled when CFBI Agent Jasi McLellan must rescue Emily, the ghost girl that haunts her dreams; expose her own mother's killer; and uncover a murderer that preys on the weak at Sanctuary, a controversial cult nestled in the woods near Mission, BC.

Something insidious lurks behind the safe haven of Sanctuary's wrought iron gates. Led by the charismatic Father Jeremiah, the cult's idyllic lifestyle seems perfect on the outside. But a lethal hunter is on the prowl, and in a carefully executed game of cat and mouse, the body count rises.

Along with Victim Empath Natassia Prushenko, Psychometric Empath Ben Roberts and Special Consultant Brandon Walsh, Jasi follows three trails of clues that lead to one terrifying conclusion: home is not always the safest place on earth.

“Dark and compelling with details so vivid the reader can smell the smoldering corpse as he follows Pyro-Psychic, Jasi McLellan, who has the ungodly ability to enter the mind of a serial arsonist. This Canadian FBI psychic team moves like wildfire in the hands of consummate thriller author, Cheryl Kaye Tardif.” —Barbara Silkstone, international bestselling author of Miami Mummies

“You'll find yourself rooting for Jasi, Brandon, Natassia, and Ben as the Top-Secret PSI team comes face to face with the depths of human evil in Divine Sanctuary. The story unfolds with Tardif's signature razor-taut pacing as she sets her likable protagonists against the charismatic leader of a disturbing cult where all is not as it seems, and the shattering revelations that await them will leave Jasi's life changed forever. Hunt this one down and read it!” —Paul Draker, international bestselling author of Pyramid Lake