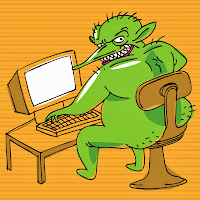 Warning to my author friends: There is a website selling 5-star Amazon reviews and I suspect they may be connected to another site that has been outing authors for paying for reviews.

When BuyReviewsNow contacted me, I immediately told them:


Jenny, I DO NOT BUY FAKE 5 STAR REVIEWS! Buying reviews is unprofessional and unethical. And more importantly, it is against Amazon’s rules. Anyone supplying reviews to writers and posting them to Amazon should know this. READ THE RULES ON AMAZON! And stop ripping off authors and setting them up. Amazon could strip the author of ALL reviews for this. I will be forwarding your email, complete with header information, on to Amazon.

Her reply was to point out the Zonalert link to the site outing authors (I had been included in the list last year) for buying reviews:


Now this is real funny especially coming from you. www.... (Link to Zonalert deleted as I don't want him to get any traffic.) Go threaten someone else. I am just helping those who deserve.

Wow, not very businesslike of her. It seems highly suspicious to me that she would come back with this kind of reply. Why would she search that link out? Did she know about it already? She was originally trying to get my business, wasn't she?

Update (sorry I forgot to add this part initially): And here was my reply:


First of all, that fake report at that website has been investigated and found to be fraudulent. An investigation was launched by a number of authors mentioned on it. That’s why the idiot who started it hasn’t posted anything new. Get your facts straight.

I have been very vocal about my stand on buying fake reviews. If you knew anything about me, you’d know that.

Amazon has already been notified. All of your clients face having their reviews deleted. Did they deserve that? No! But you’re the one not following the rules. Read Amazon’s guidelines—they’re very clear. “What's not allowed...Reviews written for any form of compensation other than a free copy of the product. This includes reviews that are a part of a paid publicity package.”

You’re not helping ANYONE. You’re doing exactly what that website states—providing fake reviews. Hmmm, I wonder now if you’re in kahoots with the ass running zonalert.

I do wonder if she is in kahoots with the guy from Zonalert--and if so, authors beware! He had no proof of his claims, but buying reviews from this site would give him proof.

I believe I have made it clear in the past that I do not, nor will not, pay for fake 5-star reviews.

So if you receive an email from Jenny from BuyReviewsNow.com, please do yourself a favor and delete it. Buying reviews could lead to Amazon deleting all your reviews, as one sci-fi author discovered a few years ago. It's just not worth it.

I totally agree, it's disgraceful. If you cannot rely on honest reviews then you shouldn't be in the business. It happens all the time in music. Today's "musicians" reach number one through dodgy dealings and backhanders. It makes me sick!

I truely appreciate your concern about stoping people to buy amazon reviews. But I'm afraid of that by chance he/she can get your ebook link from your blog. and can post few negative reviews just as a revenge for publishing against him/her online. So better watch your step dear. Probably you should keep your personal stuff like your ebook links and new releases out from this blog ( Just a thought).

God Bless you... . You are doing a good job. am also selling my own stuff on amazon. And never gone for fake 5 star reviews.

Thanks for dropping by, Dilligaf and Palwinder. Dilligaf, you're very right. I don't know what value a fake 5-star review really has. It would mean absolutely nothing to me.

Palwinder, the person responsible for the fake website and slanderous accusations is an author who was caught faking his own reviews by someone on that list. If he wants to submit fake reviews of our books he can do that without the ebook links on my blog. And I'm not going to stop my blogging or promotion for an asshat like that!

I just recently ran into that on amazon. while looking through reviews. Every review said "I enjoyed reading it" and gave 5 stars. The problem is, that person has left the same review across different genres, all on the same day. They also reviewed electronics, dog toys, and car accessories...all with the generic review and (this time) leaving 4 stars (once again, all on the same day). I'm reporting them to Amazon...hopefully it will help (and that's IF Amazon really cares).

Something else that needs to be addressed is this: competitor bombing. About a year ago, I read what I believed to be the absolute worst explanation of a particular topic I have ever read.
I felt people ought to be better informed. I am an expert on the subject via personal experience and extensive research over 20 years.
So, I wrote another ebook to compete with it. I confess, I titled my version with the same title. I did this because I wanted people to be correctly educated.
Within 1 hour of posting, it sold 1 copy and had a 1-star review. I have to suspect the other (incompetent!) author had a google notice, and attacked. I filed a complaint with Amazon. They did respond- and quickly.
I pointed out that the review actually was vague and the points it claimed were ridiculous (book does not deliver what it promises) But, they later said their conclusion was that the review would stand. And, the other book, the idiot-concept one, it has 4 reviews, all clustered closely together when it was first published, all 5-star, glowing reviews... then none in the following 2 years.

The only real competition an author has is with him/herself. My advice is to steer clear of obvious competition. Don't stoop to their level. You might think your book or tips on writing or how to get high sales are better, but unless you have the checks from Amazon to prove you've far outsold another author, you're not any better.

Too many people are giving out advice in the form of "how to sell" books, yet I look at their sales and they're barely moving.

However, if a competitor targets you and gives you 1 star, report that to Amazon as an "author troll who is in competition" with you. Amazon usually listens to that.

But if it's a review by a reader and not a competing author, Amazon gives readers more leniency to speak their mind. Report it if you want, but then move on.

The worse thing you can do is then try to compete with a "better" book on the subject using the same title. Why stoop so low? Write YOUR book and give it YOUR title. Stand on your own merit. :-)