Goodnight, Tweetheart by Cheryl Kaye Tardif is featured at the Twitter Fiction Festival

A week ago, I participated in the inaugural Twitter Fiction Festival. I tweeted a short story I wrote live during the evening of this event. You can read the tweets by going to #goodnighttweetheart on Twitter, or you can read the short short below. 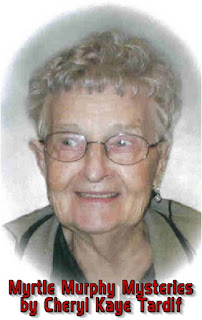 One tweet. That's all it took to send my life spiralling out of control. One goddamn little tweet on that magic social network pipeline. If I had only known it would lead to murder, maybe I wouldn't have tweeted it.

My tweet: Anyone out there live near the Starbucks in SE Edmonton?

The result: Six replies. Two from jokesters who lived in Edmonton, Kentucky. I'm in Canada. The other four I wasn't too sure about. Could be weirdos; could be lonely people. There are a lot of crackpots out there—and I've met a few of them online. Haven't we all?

I mean, I've had the "twalker" (tweet stalker) who has followed me, RTd my tweets…and then hit me up for a "favor," only to get all pissy because I wouldn't give them my first born. I've had the bashers who haven't liked my tweets. Aw, gee, too damned bad. It's a free tweet world!

But on that day last week, I had 4 tweeps. 2 turned into creeps. One ended up in Zimbabwe or some such country. The other…well, there was my mistake. The other convinced me to meet him at that Starbucks I'd tweeted about.

You ever get those weird fuzzy feelings? You know, when you know something's not quite right? Well, I did. I had all sorts of "warnings." But I was too stupid to listen to them.

I met him at Starbucks and my first reaction was: Holy ****! What a hunk! We went back to his place. "For a drink," he told me. But I had other plans.

I tried to reign in my urges, but as soon as he took off his jacket, my palms grew sweaty. I wanted him. Hell, did I want him! I imagined him naked, on the bed, wrists and ankles bound. 50 Shades of Grey, my ass. I'd give him a hundred, and he'd enjoy each one.

Before I tell you what happened next, you have to promise me you won't tell a soul. This is just between you and me—our little secret. And if you tell, I guess I'd have to kill you.

Now where was I? Oh yes…the hunk on the bed, naked, tied up. Sadly it didn't go quite as planned. The drug I slipped into his wine took too long to work and I grew impatient. Patience never has been one of my virtues. Just ask my husband. Oh wait, he's dead. Okay, ask my mother-in-law. Oh wait. She's dead too. Here's another secret: I killed them both.

And on that night, after a delicious chai tea latte date, I slowly undressed that hunk of a man, watched as he stretched out on the bed, his mind trying to comprehend.

"I thought you were just a sweet old lady looking for someone to talk to," he said.

I smiled. "I know, dear. I do look like the grandmotherly type, don't I?"

He didn't fight as I tied him to the bed. He couldn't. His drug-glazed eyes pleaded with me.

I held up my knife, its sleek blade glimmering in the dim light. "I have something for you."

Actually, it was more for me than him. I had missed my old friend Death. It had been too long.

Like Dexter, I have my own "dark passenger" that I just can't shake. Don't know if I want to. Some call me a monster. Others call me a serial killer. But most people call me Myrtle—Myrtle Murphy.

Want to get together for a coffee some day?

If you enjoyed this short Myrtle Murphy Mystery, you'll find longer stories featuring the serial killer you'll hate to love in SKELETONS IN THE CLOSET & OTHER CREEPY STORIES, available on Amazon in paperback or Kindle, and on B&N, Apple, Kobo Books and more.
Posted by Cheryl Tardif at 7:32 AM