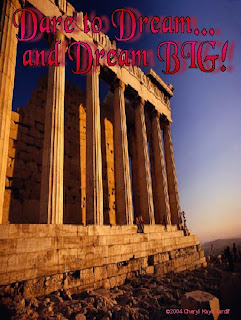 If my friend had not encouraged me to write "Whale Song" then I would have let an awe-inspiring story slip away, lost in self-doubt! I would be at home, working a J.O.B., giving up on my Dream.
Whale Song was more than a story to me…it was my inspiration. It played itself out like a movie in my head. The story haunted me for two years until I finally began writing it. Once I sat down to write, the story flowed as if I wasn't even there. Some stories simply demand to be told, and this was one of them.
Then came the brick wall: how to get it published.
I knew of two options: find a reputable publishing company and get them to notice my novel out of the hundreds of manuscripts they receive, or self-publish.
The problem with self-publishing is that some companies expect you to fork out thousands of dollars so they can run a huge print job with hundreds or thousands of copies that you have to warehouse yourself, in a basement or storage unit. And then you are left on your own to sell/market your books. Who has $20,000 to throw away?
Six weeks after I started writing Whale Song, I located a Canadian publisher via a search on the Internet. Trafford Publishing is a Canadian company with offices in 5 countries, Canada, the US, Ireland, Spain and the UK. As with any business (and a writer is his/her business) there is an investment, but it was unbelievable SMALL compared to what I received. Trafford made it POSSIBLE to finally realize my Dream…but it hasn't stopped there!
Whale Song was picked up in 2006 and a revised and expanded special edition was published by Kunati Inc. Book Publishers. My novel has gone on to even more success with a traditional publisher and better distribution. Whale Song is now a bestseller on Amazon in Canada and the US. It has been reviewed by New York Times bestselling author Luanne Rice and many other authors and reviewers. Whale Song is currently being read by film companies in Canada and the US, including many from Hollywood.
As for me, I've been interviewed by newspapers, magazines, radio stations and TV stations in Canada and the US. I've appeared on CityTV's "Celebrity Chefs" and on a reality TV game show called A Total Write-Off!. I've used Whale Song to raise funds for the Juvenile Diabetes Research Foundation in Edmonton, and more permanently now, a percentage of every copy sold benefits 3 nonprofits that help combat poverty, homelessness and addictions.
Whale Song has grown beyond a simple novel…it is BIGGER than my original dream. Why? Because I live my motto: Dare to Dream…and Dream BIG!
Do you have a dream? Dare to dream it! No matter what it is, whether to be a writer, an artist, the next Canadian Idol or a doctor. Then take that dream…and Dream BIG!
"What lies behind us and what lies before us are tiny matters, compared to what lies within us." ~ Ralph Waldo Emerson
~Cheryl Kaye Tardif,
bestselling author of Whale Song, a novel that will change how you view life...and death.
Posted by Cheryl Tardif at 12:30 PM